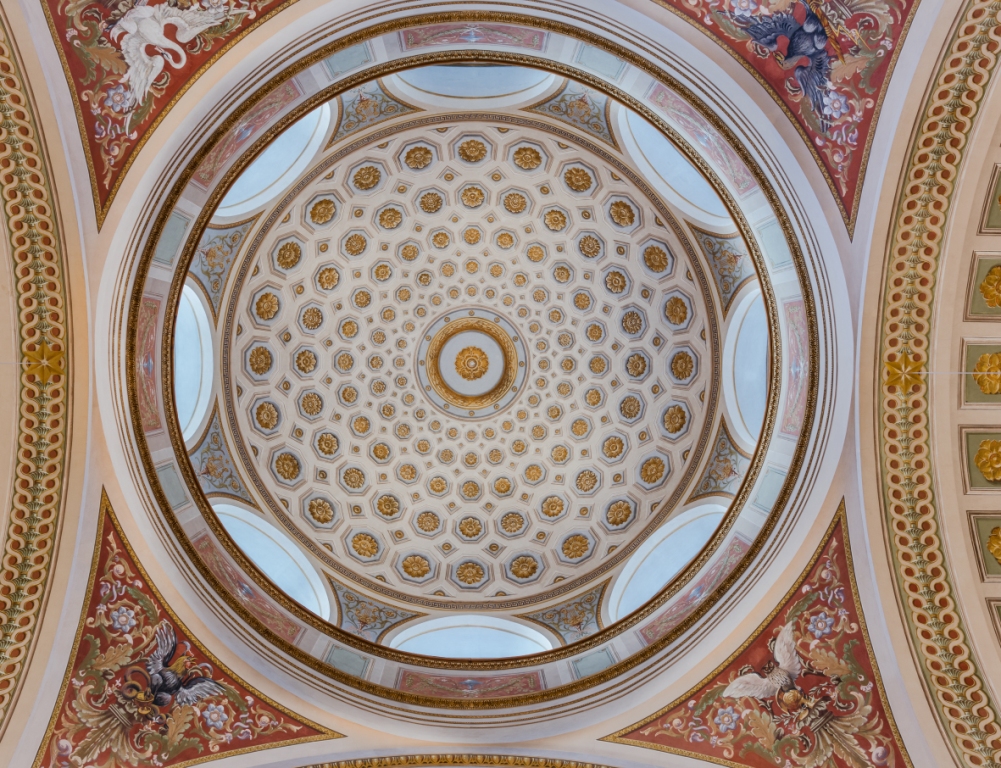 The University of Helsinki Library, today the National Library of Finland, designed by C.L. Engel, is very significant even at a national level in terms of its cultural history, cityscape, architectural and building preservation value. Restoration and renovation of this preservation site involved special requirements. Combining modern technology, accessibility and safety considerations with historic areas to be conserved requires expertise and a research-oriented approach. The project also made use of the latest design technology.

The National Library of Finland is located in the centre of Helsinki on the Seepra block near Senate Square. The original builder was the Tsar Alexander University. Today, the building is owned by the University of Helsinki Funds. The main building, completed in 1844, was designed by Carl Ludvig Engel, the Rotunda extension section (1907) by Gustav Nyström and the book archive (1950s) by Aarne Ervi.

LPR Architects planned the library block’s extensive renovation and conversion in 1994-2001, when Engel’s, Nyström’s and Ervi’s entire building was given over for use by the University of Helsinki Library. For the most part the original division of space was restored, and modern building, electrical and IT technology was installed. The Rotunda section was entirely renovated: a café was located on the basement level and upper floors were restored for use as storage areas. Ervi’s book archive’s above-ground section was demolished, opening up the grounds. An underground book vault was built into the rock. The block was realised in a number of different and simultaneous construction works, but the library was in use throughout.

The current project has been designed with both the university’s goals and museum’s requirements in mind. Changes to old areas and structures are expected to improve the building’s longevity for future generations.

Conservation plays a significant role and the historic-preservation-site project is being planned in close collaboration with the National Board of Antiquities. Traffic, unhindered-access and safety considerations are also focal points of the project. The primary building technology goal is to create heat and humidity conditions with the best possible balance. Design solutions and material selections also take into account the principles of sustainable development and environmental protection.

Changes to the most valuable areas, the main halls, are limited to building-technology improvements, which will be realised in the most low-profile way possible in the bookcase structures. Opening of doors on the professors’ level of the Cupola Hall’s central axis will improve routes for book trolleys and ease of movement. New lifts have been carefully designed not to compromise architectural integrity. To achieve the required unhindered access, new construction parts have been designed to be as unobtrusive as possible. Lighting will be modernised subtly throughout the building.

Documentation of the building has included use of point cloud technology, in which the building was laser scanned to a precision of 1 mm. Actual building information modelling is done based on measurements obtained from point cloud data, taking into consideration that modelling itself is always a simplification and compromise of measurement data. Still, modelling definitively eases challenging building-technology, for example installation of ventilation compatible with old structures. 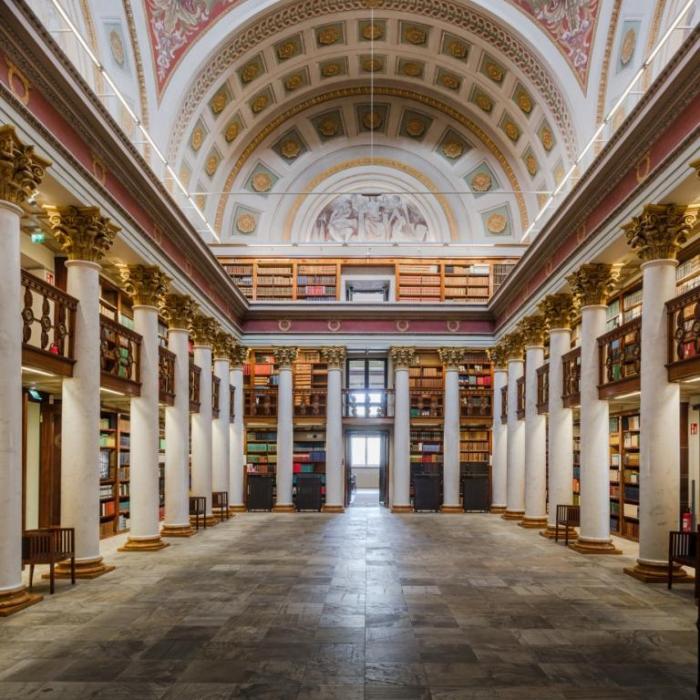 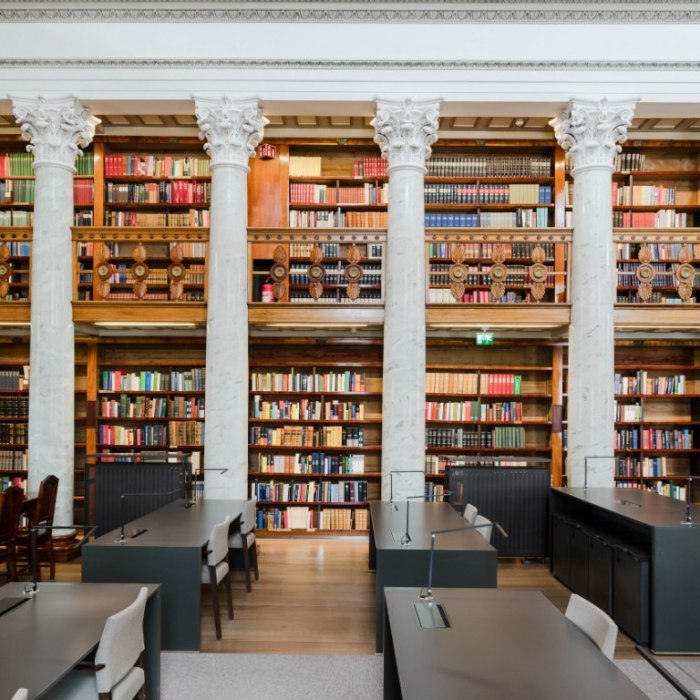 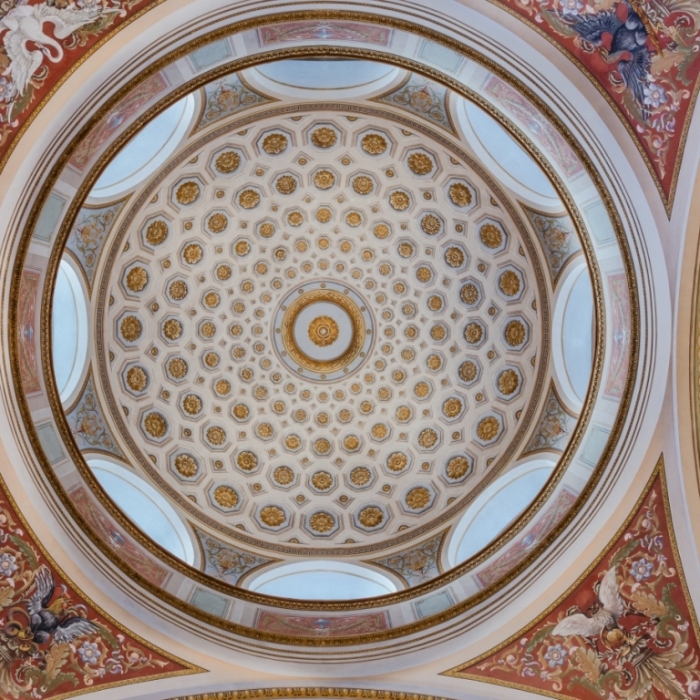 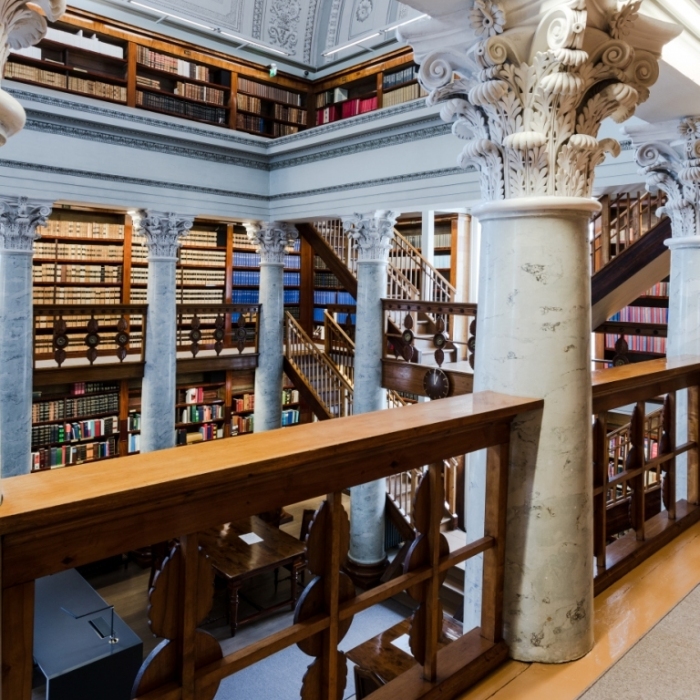 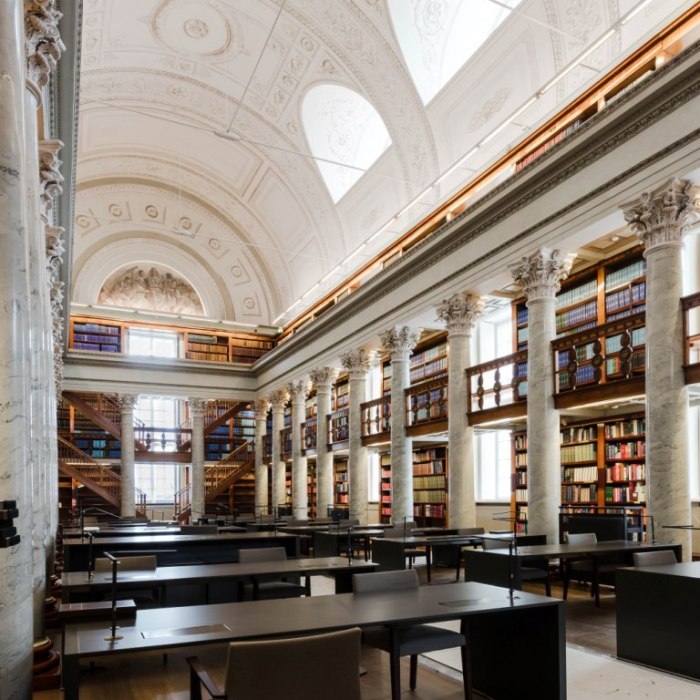 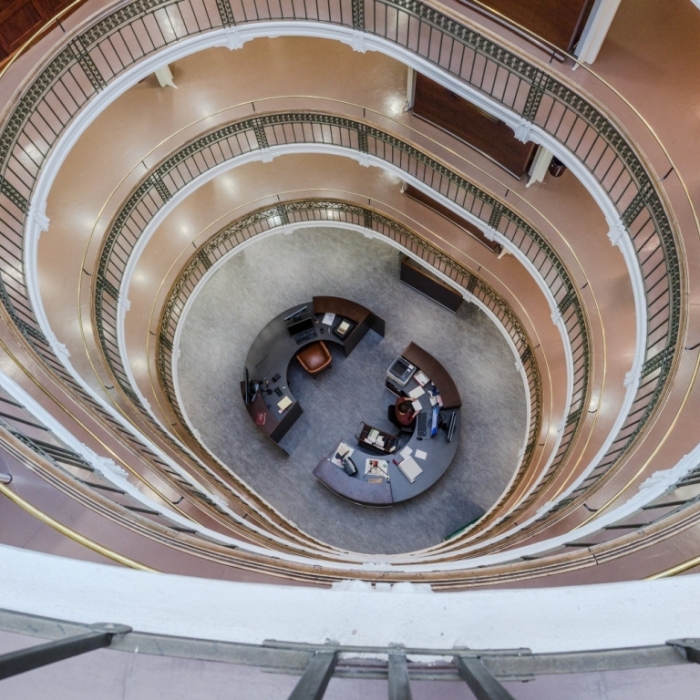 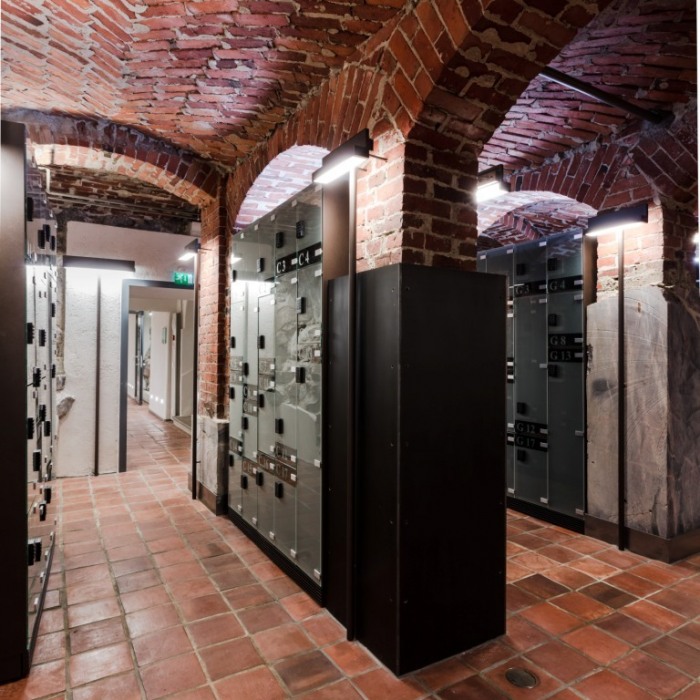 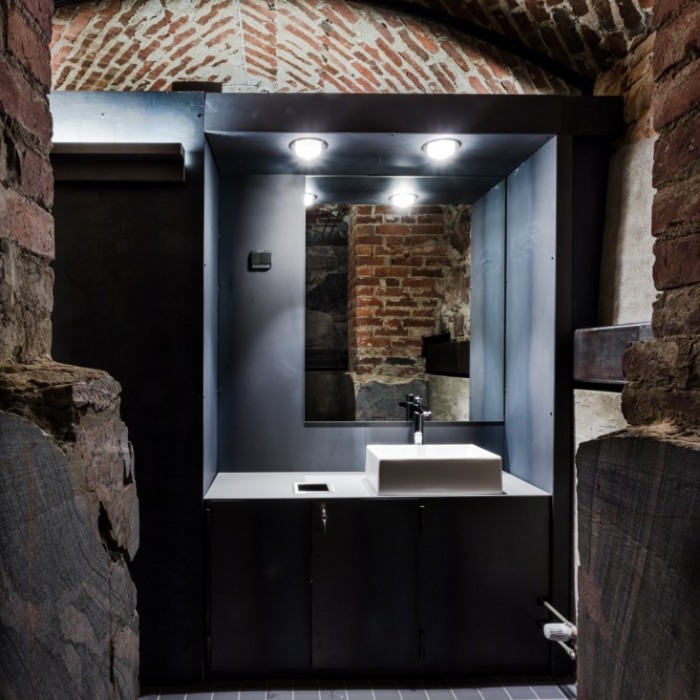 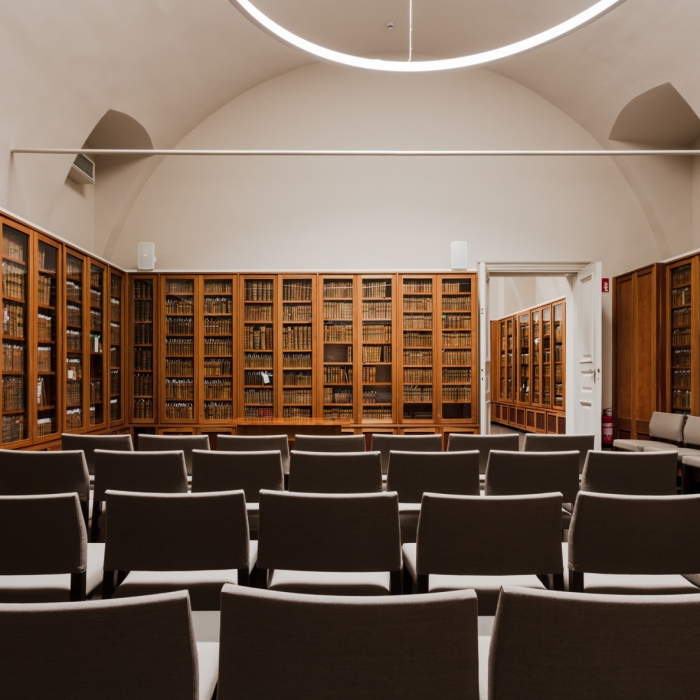 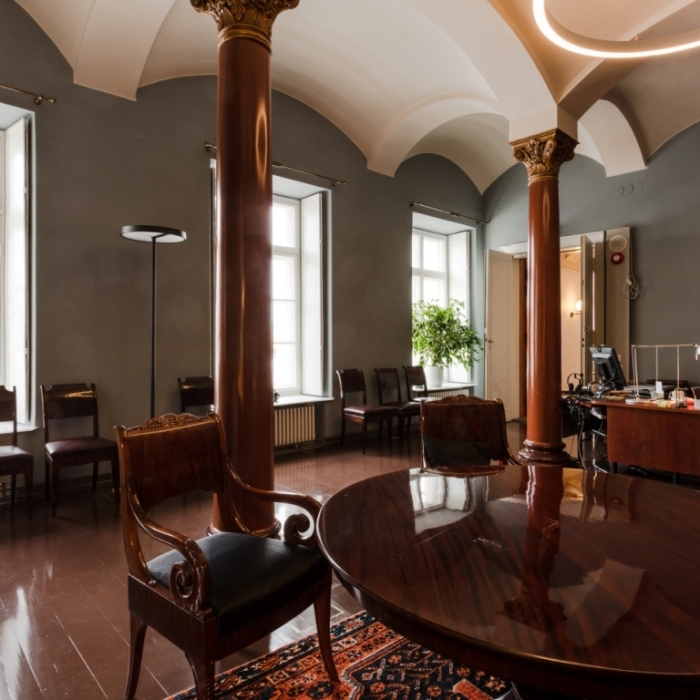 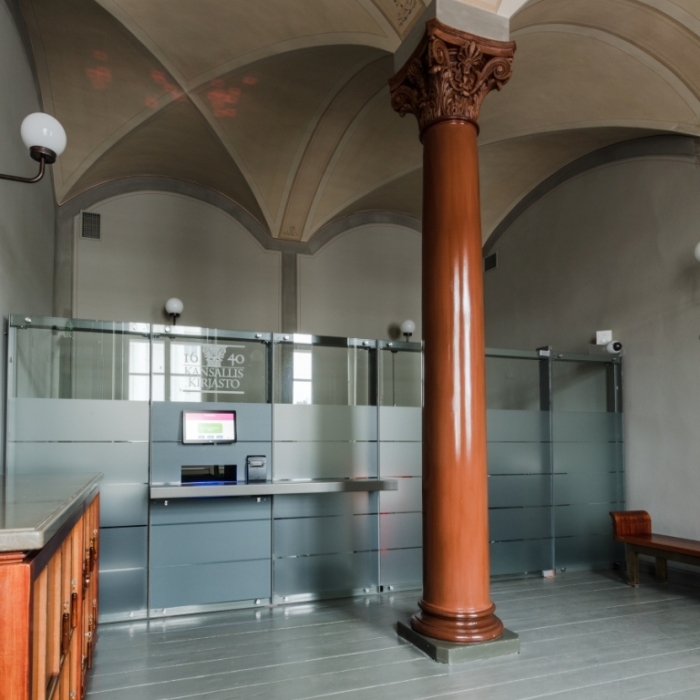 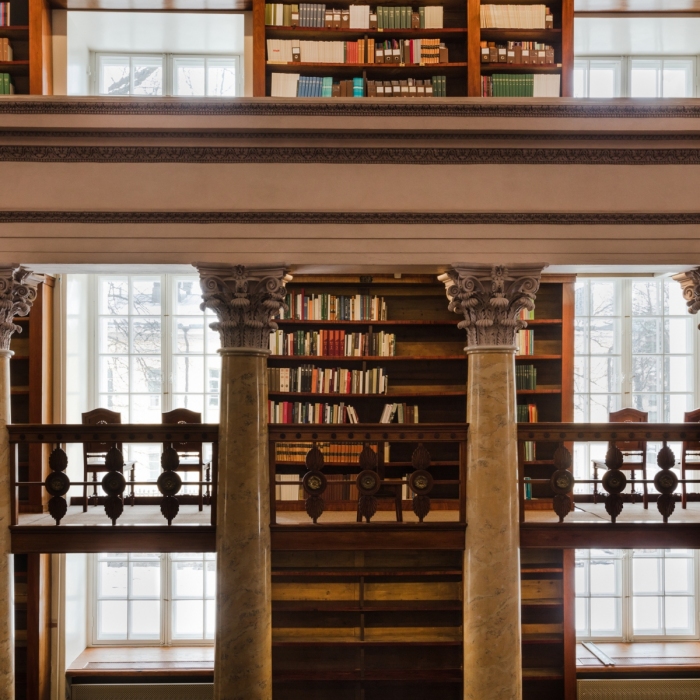 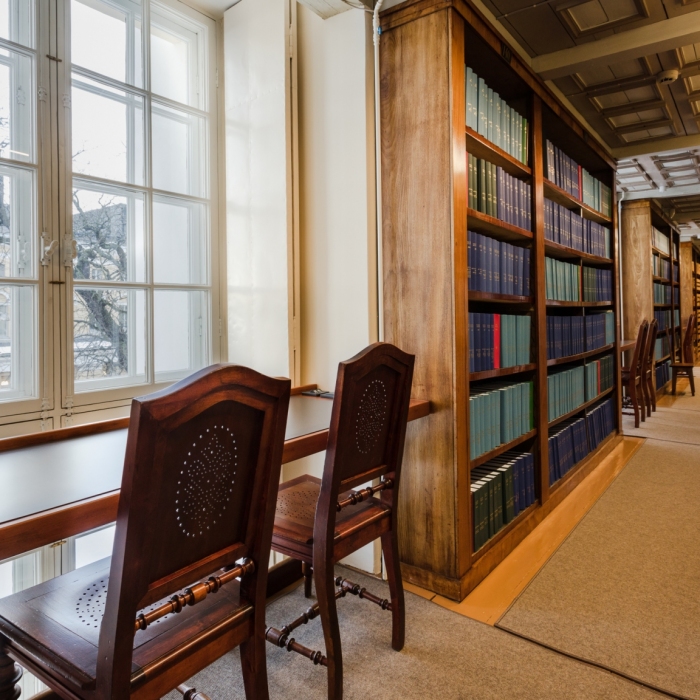 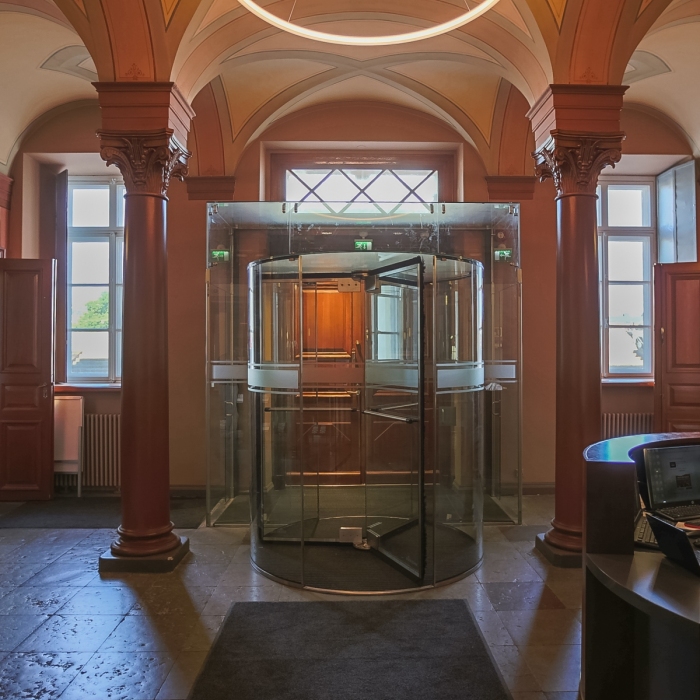 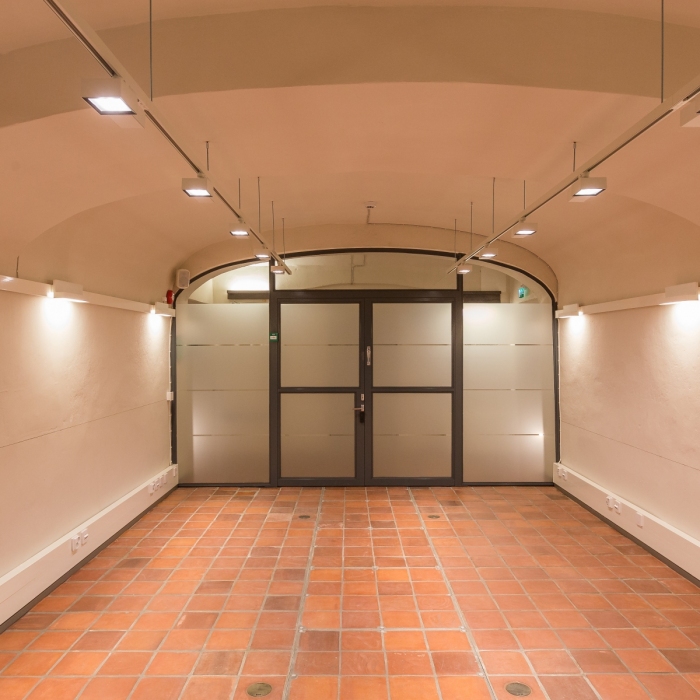 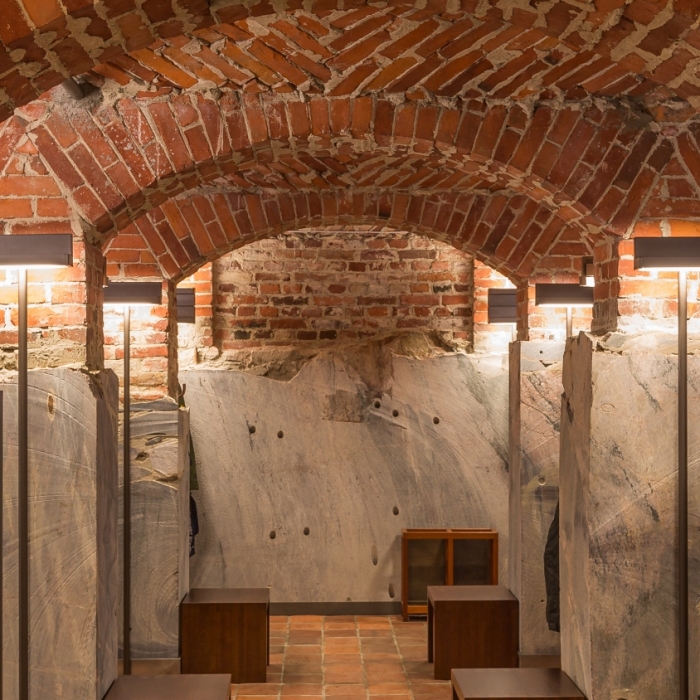