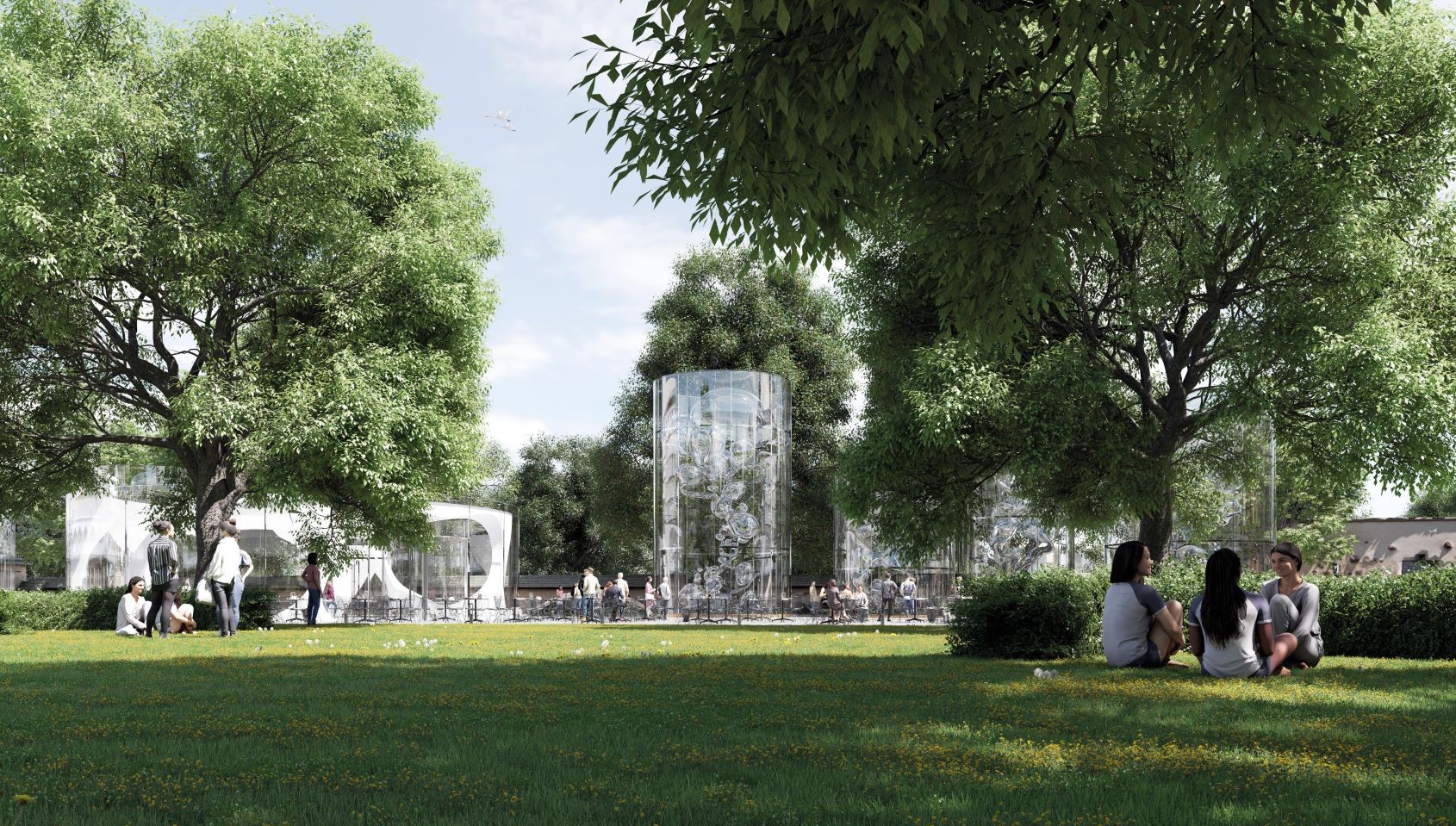 The annex was planned as an extension to the National Museum building, which was designed by Herman Gesellius, Armas Lindgren and Eliel Saarinen. The purpose of the annex was to provide facilities for hosting major international exhibitions at the National Museum. The spaces were to be adaptable and suitable for hosting a wide range of cultural, art and recreational events, conferences and occasions.

The theme of the entry was “Source”. The source theme was manifested in the entry in two ways: the source serves as the compositional basis for architectural expression and as a term describing the function of the building – the museum and its deeply entrenched values are the font from which the pillars of civilisation springs.

Together with the Kaisaniemi Botanic Garden and City Garden, the yard of the National Museum of Finland forms a series of valuable public, but walled urban oases that circle Töölönlahti bay. The entry aims to preserve the park-like structure of the museum yard. However, the appeal and spatial dimension of the yard would be enhanced by a free-form arrangement based on the theme motifs. The museum park is divided into different yards, each of which has its own theme. The design of the yard areas serves as an extension of the history of the exterior spaces in the buildings surrounding them. The south yard preserves the axial composition from the 1920s. The north yard will be developed as a landscaped park.

In order to connect the new annex and the old part of the museum, the design uses an axis incorporating the existing edifice of the museum building. Covering the museum courtyard, Halkopiha, establishes a connection from the main lobby to the outdoor exhibition level of the annex. The other end of the axis consists of the building’s new entrance and restaurant facilities, from which the underground exhibition areas can be accessed. 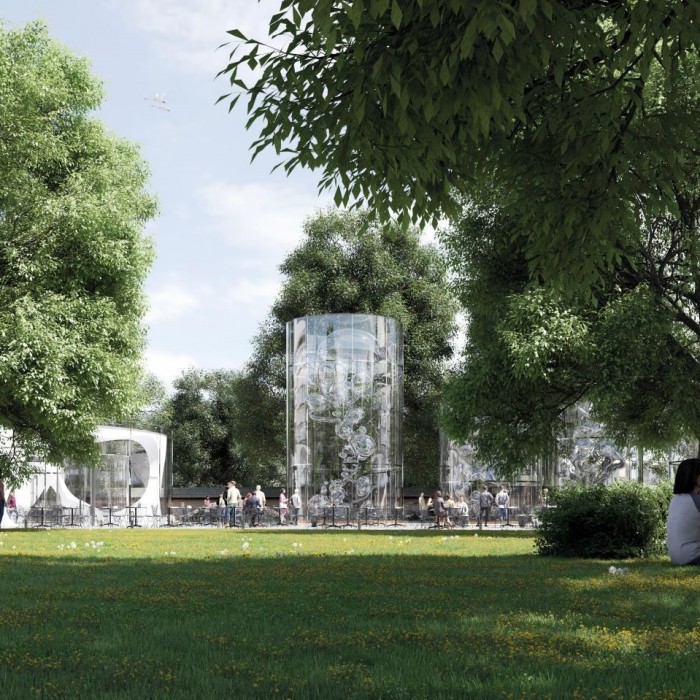 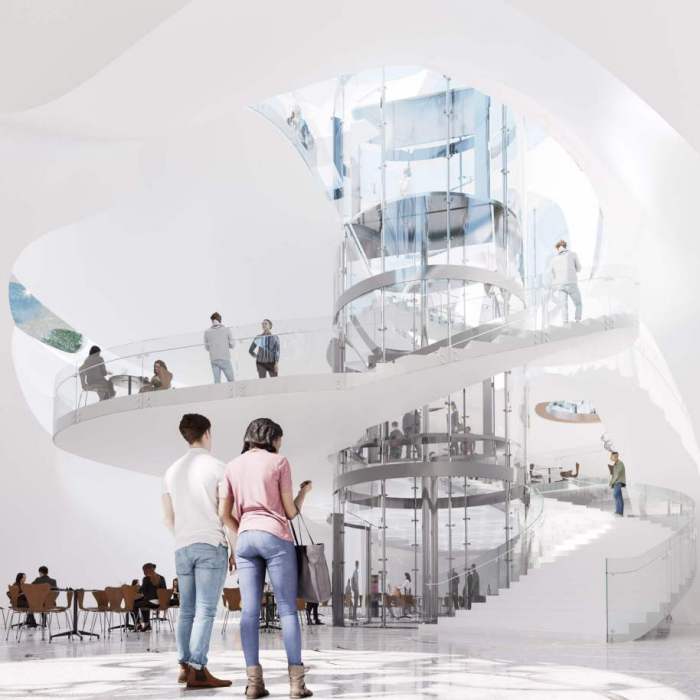 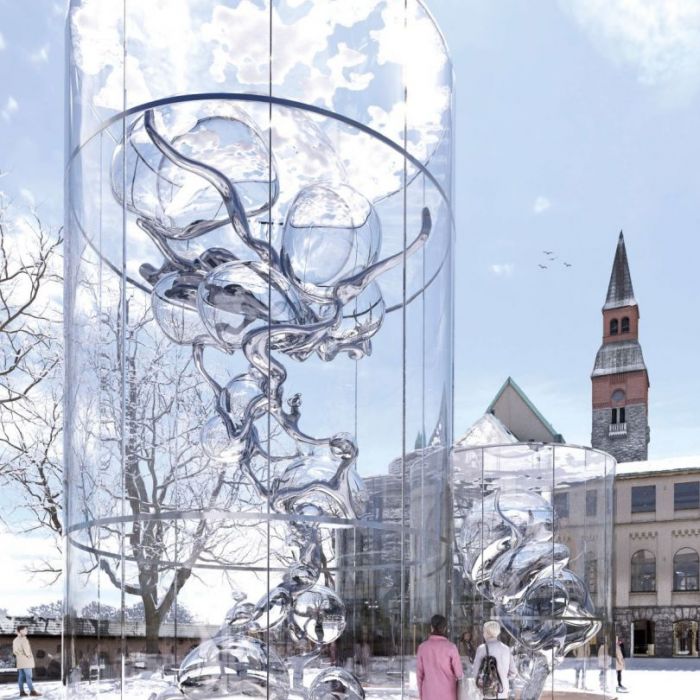 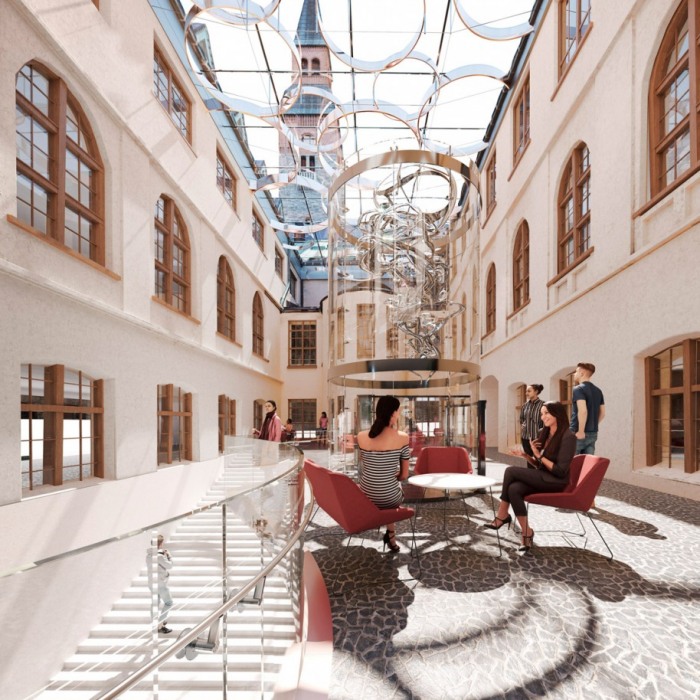 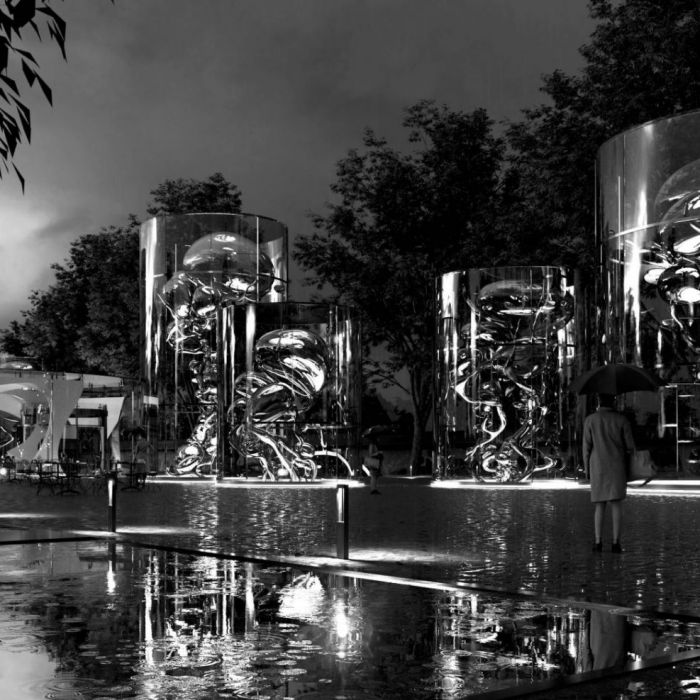 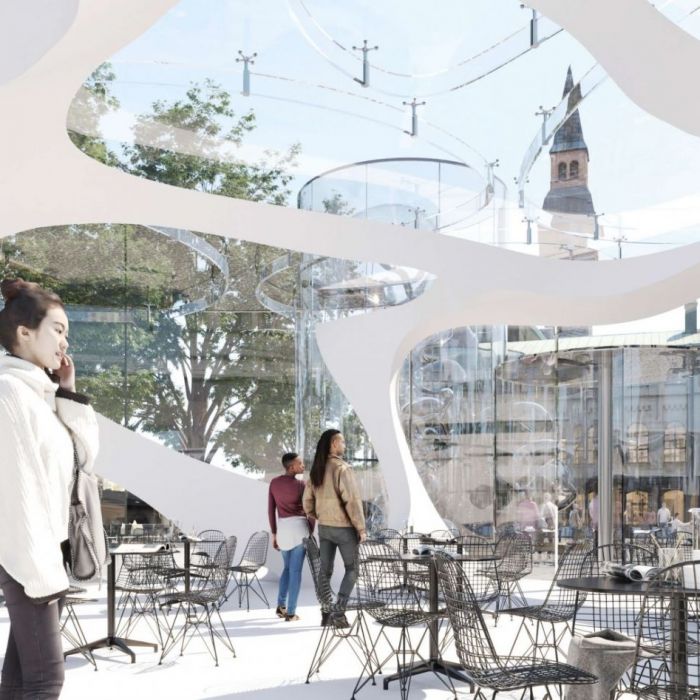 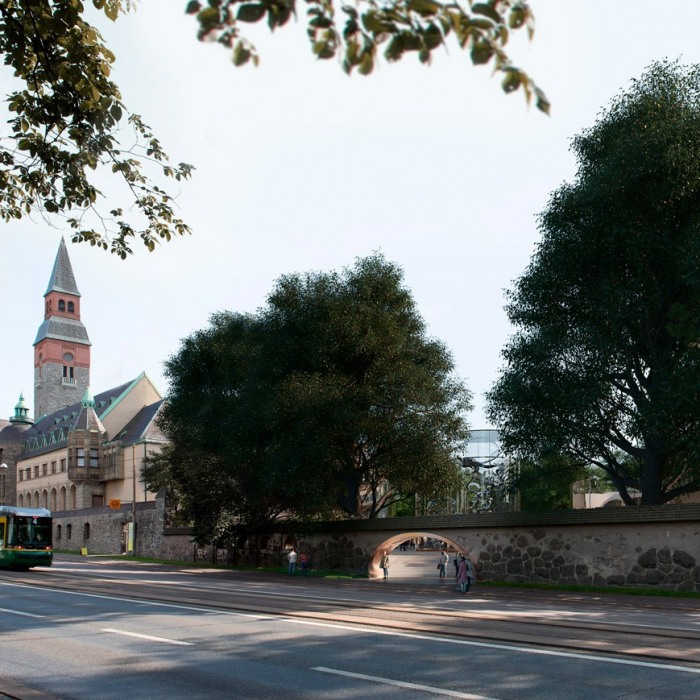 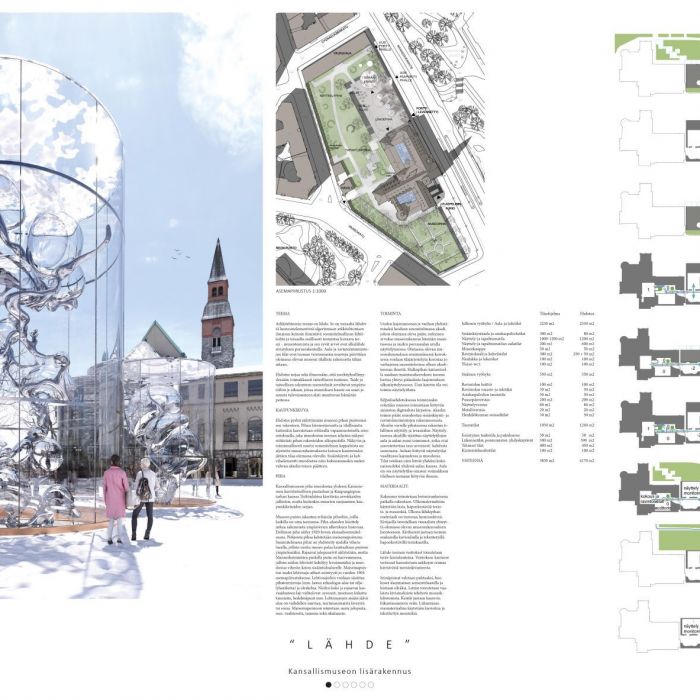 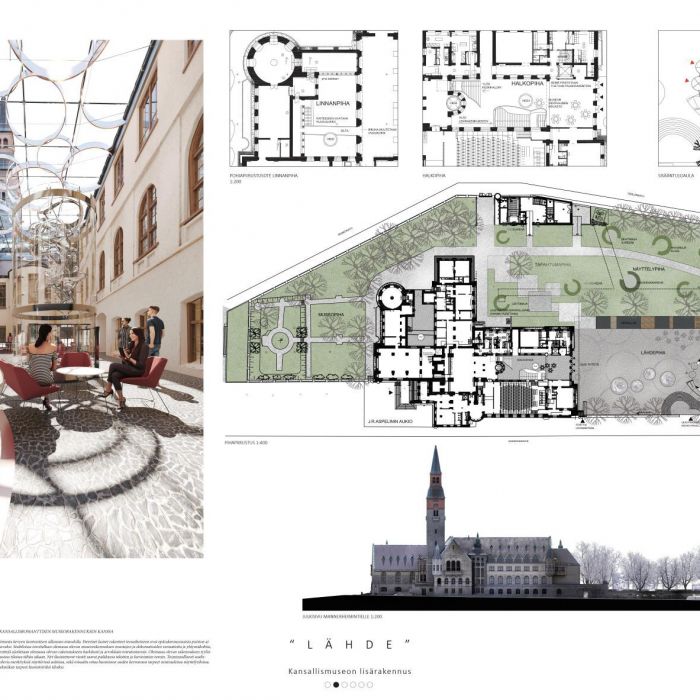 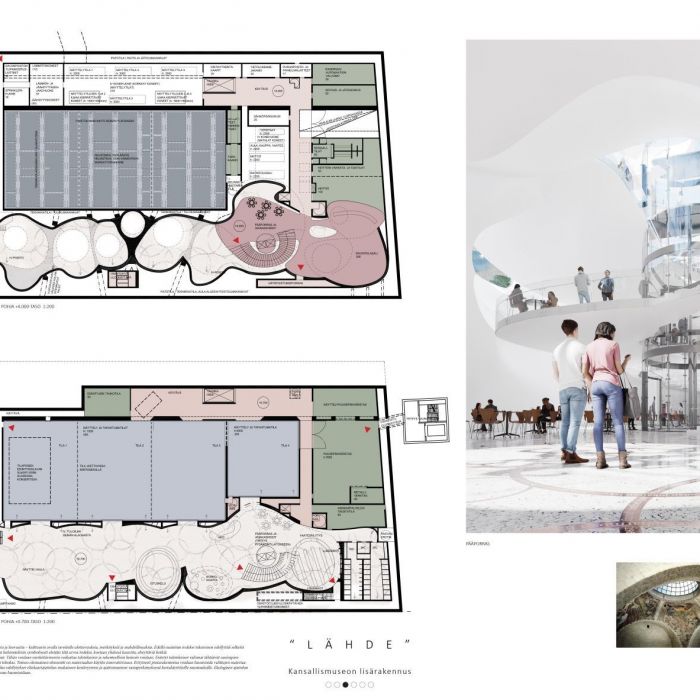 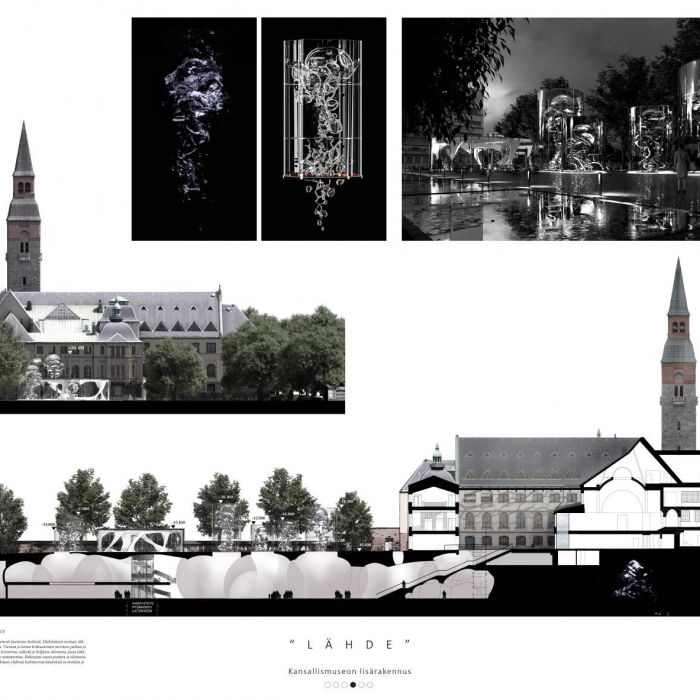 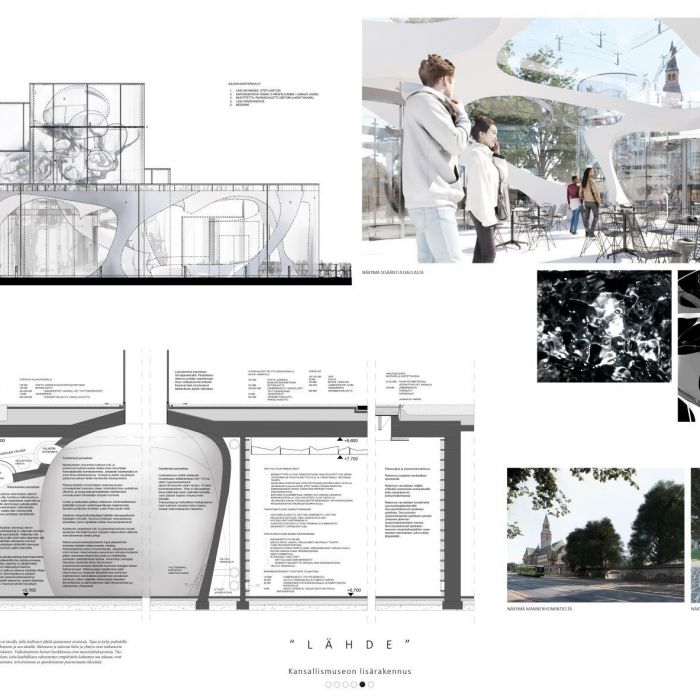 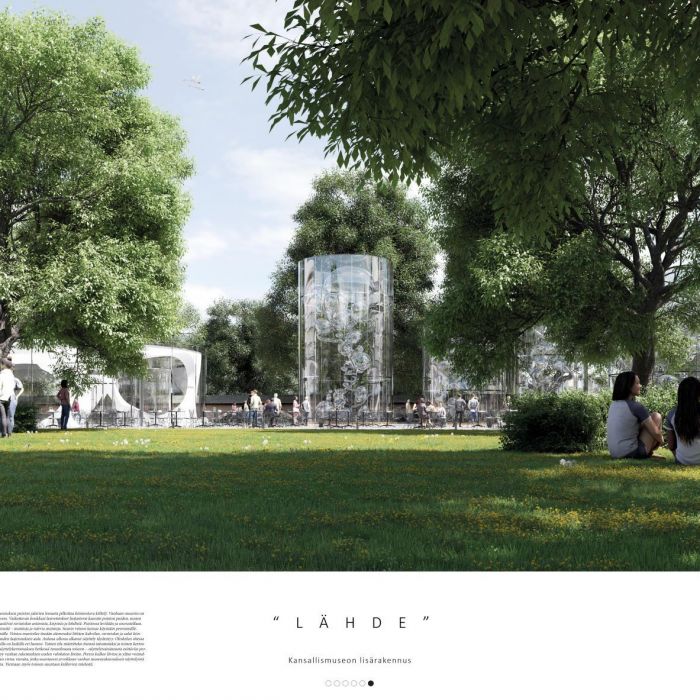