In 2018, LPR Architects collaborated with Anttinen Oiva Architects and landscape architects Masu Planning to submit a joint entry “Playa” to the architecture competition for the cultural square and its environs. The purpose of the one-stage architectural competition held by the City of Espoo was to find a main and architectural designer for a functionally diversifying cultural centre expansion and renovation project. The competition also sought a world-class architectural and landscaping design to serve as the basis for rezoning, developing the cityscape and functional entity of the Tapiola Cultural Centre environment and its attractiveness. With respect to the Cultural Centre, the entry specifically included facilities for the Espoo City Theatre.

In the solution proposed in the competition entry, the theatre was placed underneath the Cultural Square and the library was expanded, opening out to the central pool. The cityscape concept of the City Theatre as well as the concept for the Cultural Square were based on the idea that the contours of the local terrain would be raised above the surface portion of the auditorium so that it could be approached from every direction. Landscape architecture and green zones are interwoven into the whole. Natural light is conveyed to underground spaces by means of skylights.

Diverse vantage steps between interior and exterior spaces are also formed. This creates a multifaceted interplay between urban and interior spaces, giving the visitor an unexpected incentive to use them: for play, for discovery and for simply spending time. The Cultural Square and Cultural Centre form a base for a new kind of urban communality.

The functional changes made to the Cultural Centre designed by Arto Sipinen in line with the competition entry were designed in the spirit of the original architecture. The biggest changes to the existing structure were made in the basement level. Educational and auxiliary facilities were re-situated in order to allow adequate lobby space for the City Theatre as well as offer flexibility in the upper halls.

The basis for the library expansion is the openness, flexibility and adaptability of spaces. In the entry, the accessibility and visibility of both library and theatre spaces facing the event square are improved with new entrances and openings in the glass facade.

The City Theatre concept was designed on functional terms. The main hall can be adapted with auditorium and step elements according to the desired auditorium layout. The space can be defined at will using modular wall elements, whose acoustics can be adapted from a lecture hall to serve the requirements of, for example, an acoustic opera. The theatre stage and its side rooms, auditorium, workshops and rehearsal hall are all situated on the same level, thus allowing for the convenient assembly and movement of sets

The basis for the residential quarters was to expand upon the natural, open ambience and human scale of Tapiola, while significantly concentrating the structure of the quarter. The basis for the placement of buildings was the aim to preserve the rocky, forested nature as an extensive, uninterrupted zone. 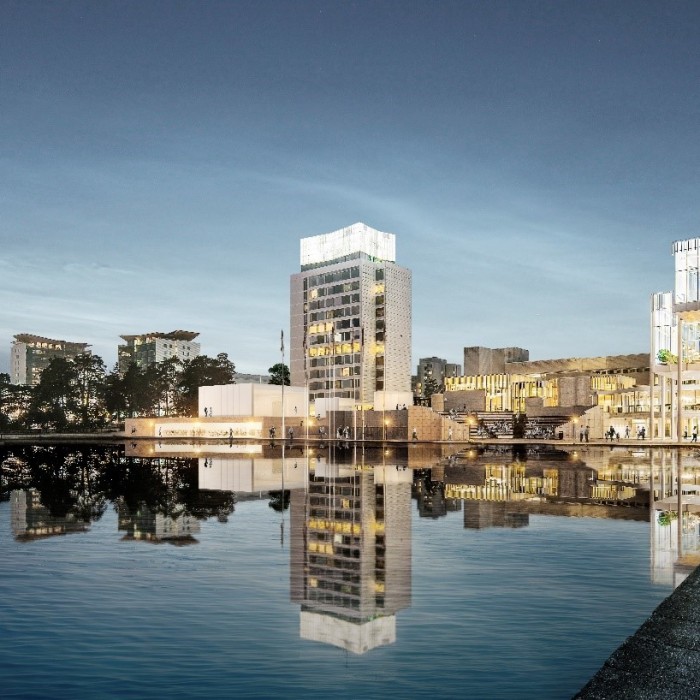 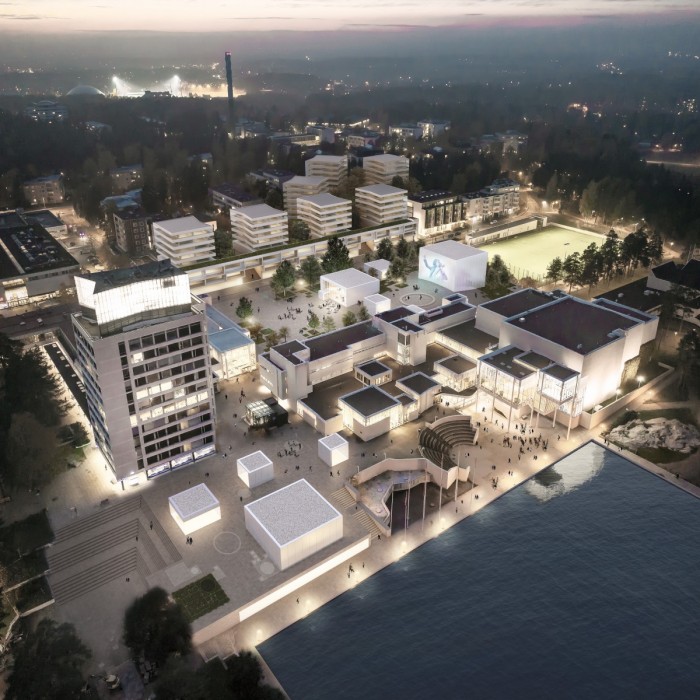 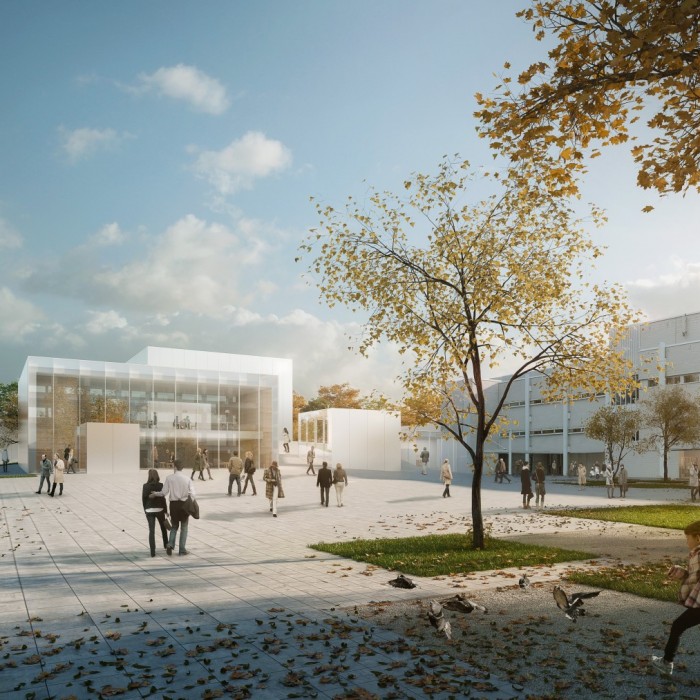